A GERMAN couple who eloped to Gretna Green have proved love conquers all by returning to the village to celebrate their 50th anniversary.

Dieter Diehl was 18 when he fled to Scotland to wed his teenage bride Gisela, then just 16.

The sweethearts, who had been together nine months, had been banned from seeing each other by Gisela’s strict father.

But Dieter was so determined to spend the rest of his life with her he sold his car to buy air tickets to Scotland so they could legally marry.

They celebrated their golden wedding anniversary by returning to Gretna Green – famous for young couples tying the knot.

“We dated for nine months but had to meet in secret as Gisela’s parents were totally against it,” said retired mechanic Dieter, who is now 68.

“German law forbade marriage until the age of 21 but I read in a magazine that it was possible in Scotland at 16.

“We were so in love we decided to travel to your famous Gretna Green to become man and wife.”

Gisela, 66, said: “It was a huge decision to run away to Scotland to marry but we loved each other and could not wait.

“We were two teenagers hopelessly in love and knew we wanted to spend the rest of our lives together.

“It’s obviously worked out if we are still in love 50 years later.”

The couple now have two sons and a granddaughter.

The cost of making the 1042-mile journey was well out of the reach of the young apprentice mechanic and his seamstress sweetheart. 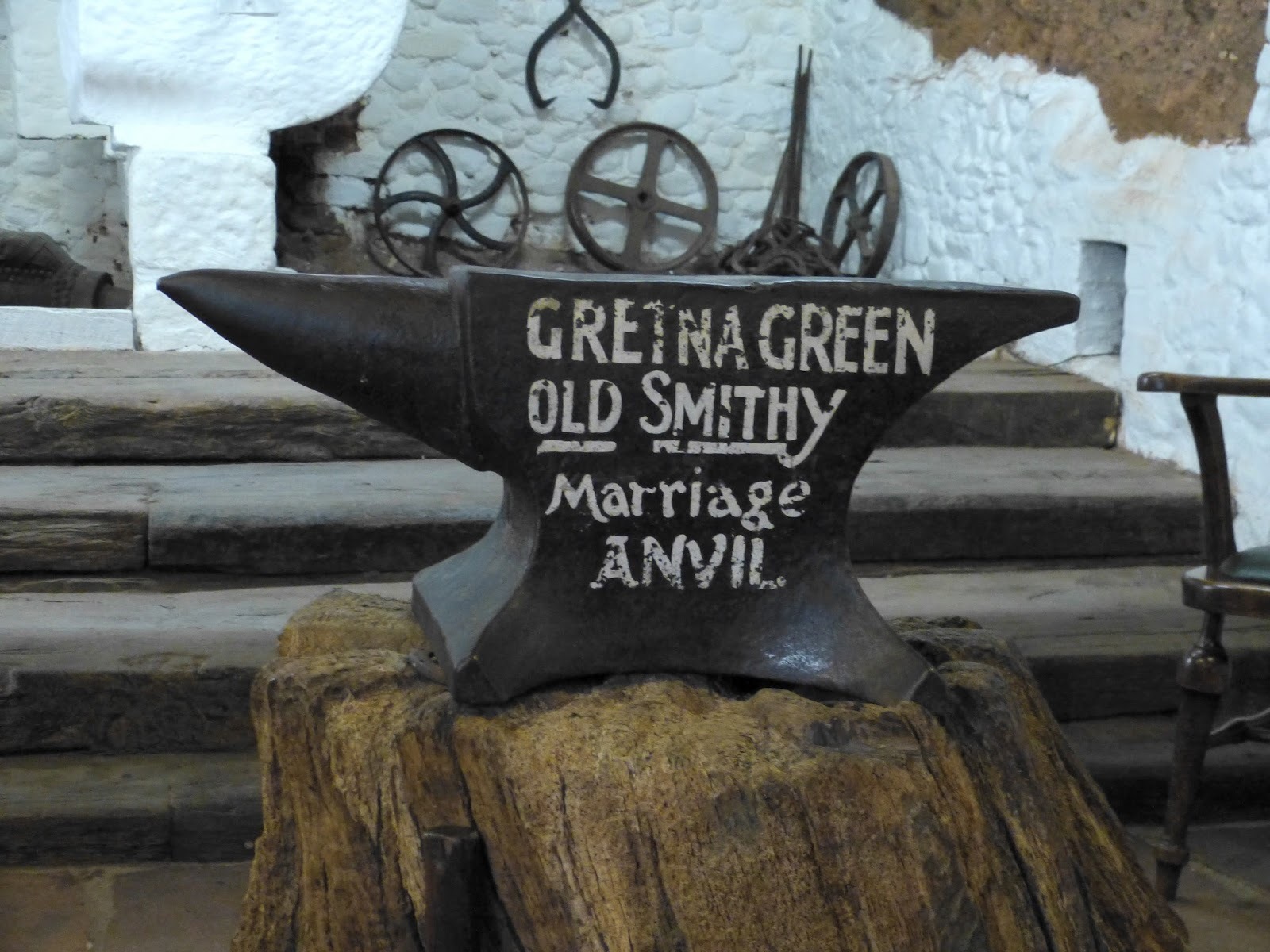 They drove from their homes in Bavaria in the south of Germany to Hamburg in the north with a plan to fly to the UK.

“I sold my cherished red Opal Rekord for a knock-down price of 2800 marks,” Dieter continued.

“I lost some money there, but gained a lovely wife.

“We flew on an old noisy propellor plane to London and the stewardess, who served the coffee, spoke a bit of German.”

Meanwhile, back in Germany a massive search had been launched by the families to find the loved-up runaways.

“They even searched the surrounding forests but by then we were well on our way to Gretna Green,” said Gisela.

At London Airport they were waved through by sympathetic customs officials with only their identity cards and flew on to Glasgow.

“We arrived not knowing a word of English and tried to buy a phrase book,” Dieter added.

“But the shop assistant took pity on us and gifted it free.

“He wrote his address on the inside of the book and then drove us to Glasgow Central train station and told us to get tickets for Carlisle.”

The couple stayed in a caravan in Gretna for the 21 days needed to post the wedding bans.

“The owner, a German lady, helped us fill in the forms and drove us to Gretna Green.”

They also met up with two other Germans, who were on holiday in Scotland.

“They became our witnesses during our lovely marriage ceremony,” Dieter added.

“We were so young back then but there were so many people willing to help us marry.

“Not once did we call home to explain where we were or that we were getting married.

“We feared we would get into too much trouble if we did.”

Last month – as they revisited their wedding venue – the grandparents were touched at how little had changed.

The piper, Billy Marshall, who worked there 50 years ago had passed away but his brother Alan, is now piping couples into their weddings.

“None of the magic has disappeared and we felt like teenage runaways again,” said Dieter.

Gretna Green Famous Blacksmiths’ marketing manager Lynda Denton said: “We were so touched that Gisela and Dieter chose to come back to see us on their golden wedding anniversary.”

While Dieter and Gisela did try to build bridges with her parents on their return home, they say their relationship was never the same.

Gretna Green about to become The King of wedding venues!

Owners go to incredible lengths to involve pets in their weddings