A jam-packed programme of ceilidhs, concerts, sport and family events gets underway from Friday as the The Royal National Mòd returns to Glasgow for the first time since 1990.

Fringe performances will run alongside competitions which sees thousands of people from across the world take part in or watch more than 200 events in highland dancing, sport, literature, drama, Gaelic music and song.

Here are a few things to check out over the coming week.

Glasgow’s George Square will play host to a sensational party to mark the opening,  featuring names from across the Scottish Gaelic music scene.

There’ll also be some of Scotland’s top pipers, highland and contemporary dancers, traditional singers and a beat boxer performing across the evening.

Entry is free, and the party starts in George Square from 8.30pm on Friday October 11.

The Final Fling will mark the closing weekend when two of Scotland’s best-known traditional bands, Skerryvore and Trail West, host a high-octane party in the iconic Barrowlands on Friday October 18.

Tickets cost £25 and are selling fast.

National Library of Scotland’s Countdown to the Mòd

To mark the start of the Mòd, the National Library of Scotland will host a free day of activities between 11am and 4pm at Kelvin Hall.

There are also displays of Gaelic manuscripts, rare and modern books and music treasures, with curators on hand to talk about some specially selected, rare Gaelic items from the Edinburgh collections available in Glasgow for one day only.

It’s the perfect chance to get absorbed in Gaelic culture to kick off the Mòd.

The line-up will see many of Scotland’s and Ireland’s most cherished performers celebrate their shared rich, flourishing Celtic culture, including Alasdair Gillies, Kenna Campbell, Mairi MacInnes, Margaret MacLeod plus many more.

They’ll be performing with the support of a house band including Brian McAlpine, Marie Fielding, Ross Ainsley and many more. Tickets start at £16. 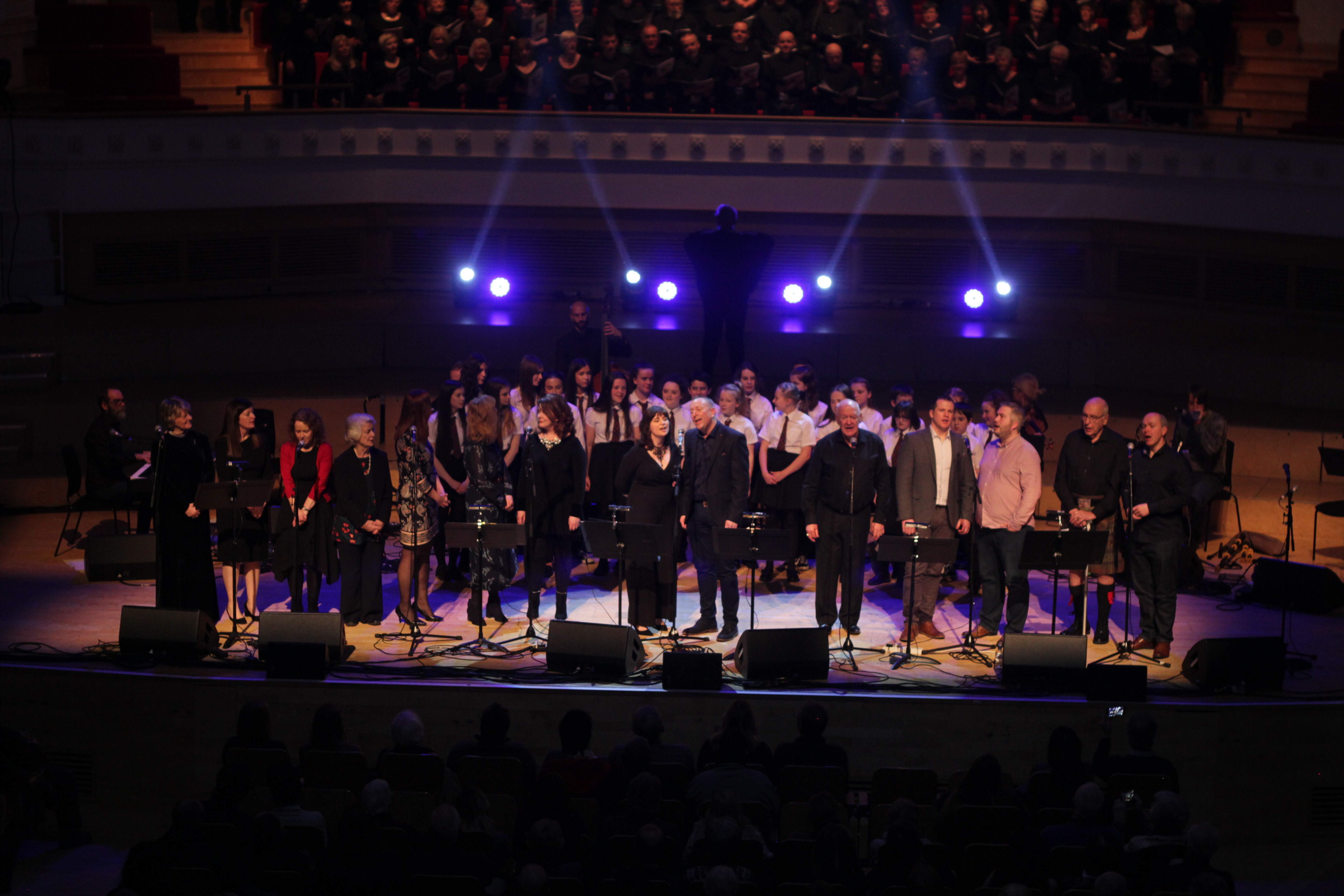 Our Language, Our Music…Our Glasgow

Curated by 3 young Glasgow Gaels – Aidan Speirs, Moilidh NicGriogair and Zach Ronan, this major headline concert celebrates and showcases the outstanding skill and talent of past and present pupils at Sgoil Ghàidhlig Ghlaschu.

It will include performances of music from Gruth is Uachdar and Brave, played by a 40 plus strong orchestra, the majority of which are from Sgoil Ghàidhlig Ghlaschu.

Our Language, Our Music…Our Glasgow takes place at 7.30pm on Saturday, October 12 in City Halls.

On Monday, October 14, Trail West, one of Scotland’s foremost Scottish Trad bands will be leading a relaxed and entertaining family ceilidh session for everyone.

It’s totally free – just pop down to the Exhibition Hall at Glasgow Royal Concert Hall between 6pm – 8pm for an evening of great ceilidh music, dancing and fun.

Under the leadership of Gareth Fuller, whose musical prowess spans a range of music genres and has seen him work on TV show The Voice as well as with the Royal Philharmonic and Will Young, the Soisgeul Choir –made up of singers from around Scotland – will put on an evening of Celtic Praise music in the fantastic surroundings of Princes Square.

The performance starts at 7.30pm on Sunday, October 13.

Glasgow Green Football Centre will host a free Super Saturday of Sport from 11am on Saturday, October 12 as part of the Mod.

Children can come a try a host of sports including shinty, football, athletics, golf, netball and much more.

This will be followed by an international shinty-hurling match with Alba v Eire.

You will also be able to see, for the first time ever at the Mod, a Women’s Football Match with Glasgow City U19’s vs Lewis & Harris WFC.

There will also be men’s and women’s shinty matches.

Make your way along to the CCA in Sauchiehall Street where you can experience a range of activities and events.

You can try a little Gaelic conversation in the Conversation Café; interactive music workshops with Fèis Ghàidhlig Ghlaschu; Gaelic Film Screenings in partnership with BBC ALBA and the opportunity to speak Gaelic in a relaxed atmosphere.

Start your Saturday morning by accepting this open invitation to join the massed choirs of Gaeldom in glorious voice on the famous steps of the Concert Hall at the top of Buchanan Street.

The free performance will be a fitting finale to Mòd Ghlaschu 2019, taking place from 10:30 am on Saturday October 19.

From 9pm Monday to Friday, The Holiday Inn Theatreland on West Nile Street will play host to the Mod Ghlaschu Festival Club, within the main bar. There will be a variety of live music programmed throughout the week, starting from 9pm.

And at Oran Mor on Byres Road, visitors can sample a feast of music from some of Scotland’s foremost bands including Rura, Allana MacInnes, Innes Watson, Shona Masson, Caitlin McNeil & friends.

Mòd Ghlaschu 2019: Top 10 things to do in Glasgow as the festival comes to town