EDINBURGH bursts into life in the summer months as the world and his wife descends upon Auld Reekie.

This is especially true of August when the Edinburgh International Festival and Fringe takes over just about every corner of the Capital, filling the entire city with a vibrant, carnival atmosphere. It feels like a great big month long party and everyone is invited.

The Fringe is in full swing at the moment and most people generally visit Edinburgh this month to take in a few shows and performances.

However, if you’re not really into that sort of thing, there’s still some fantastic attractions away from the festival madness you must visit if you are planning to spend a day or two in Edinburgh.

Here, we’ve come up with ten great ideas if you’re looking for inspiration on what to see and do in Edinburgh and the Lothians in August.

Many visitors to Edinburgh opt for the fascinating museums and art galleries whilst some delve into the gory past in some of the more macabre haunts and there’s some thrilling walks and tours available that reveal Edinburgh’s chilling and bloody history. Don’t miss The Edinburgh Dungeon where you can journey through some of Scotland’s darkest and creepiest tales featuring shady and sinister characters from Edinburgh’s murky past. 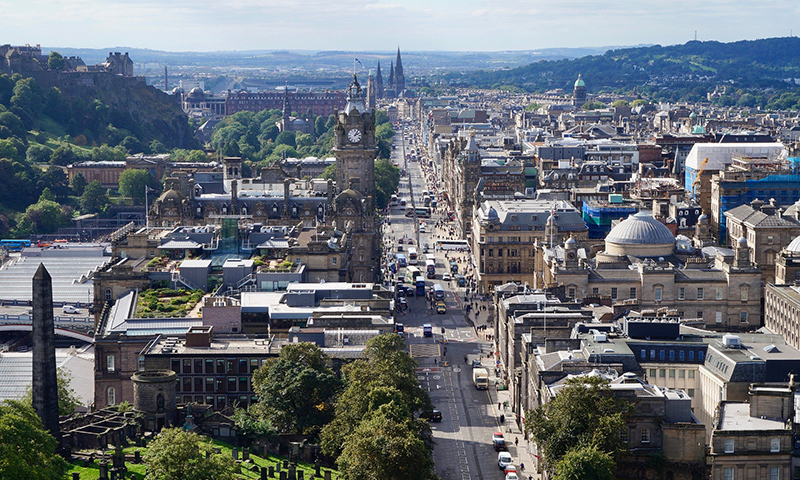 All of this is played out by hilariously funny actors – a sort of black comedy but there’s still some scary moments along the way. My family of teenagers loved it but it might be just too frightening for really young children.

If you’re sticking with the ghostly experiences, The Real Mary King’s Close is another spooky ‘must see’, yet also very informative. This attraction consists of an underground labyrinth of 17th Century streets, beneath the famous Royal Mile and accompanied by an expert tour guide in period dress, visitors can enjoy the stories and legends of who lived and died there.

Another attraction that is worth a look is The Potter Trail* which will be great if you have budding young wizards in tow. Apparently, this is the only tour of its kind in Edinburgh and will show you some of the alleged locations that inspired characters and scenes for the Harry Potter* books as well as dark tales of legendary local witches of medieval Edinburgh. Sounds great, doesn’t it?

Speaking of younger visitors, another brilliant place to take the kids is Camera Obscura and World of Illusions at the top of the Royal Mile. This fascinating attraction will delight visitors with optical illusions and experiences over five floors. You can also enjoy breath-taking views of the city from the rooftop terrace. 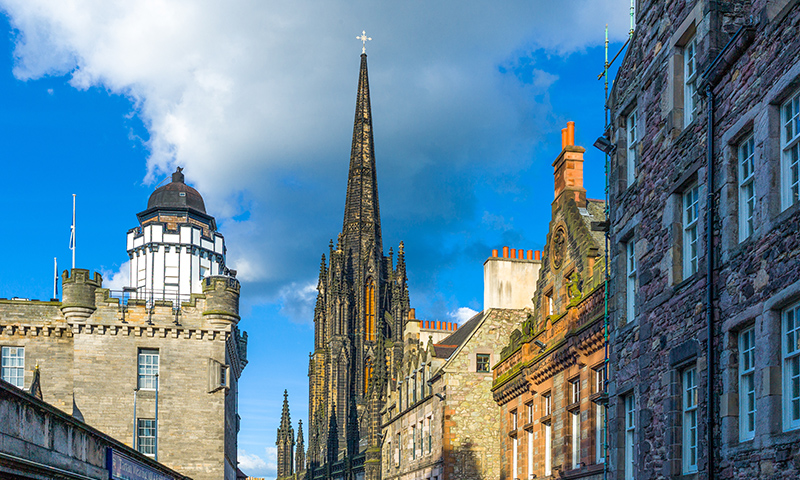 While you’re on the Royal Mile, you should really try and pop into St Giles Cathedral, the High Kirk of Scotland. This oasis of calm and serenity in the middle of one of Edinburgh’s busiest thoroughfares is a magnificent example of Gothic architecture. There’s an impressive concert diary for August and you can see what’s on and when. 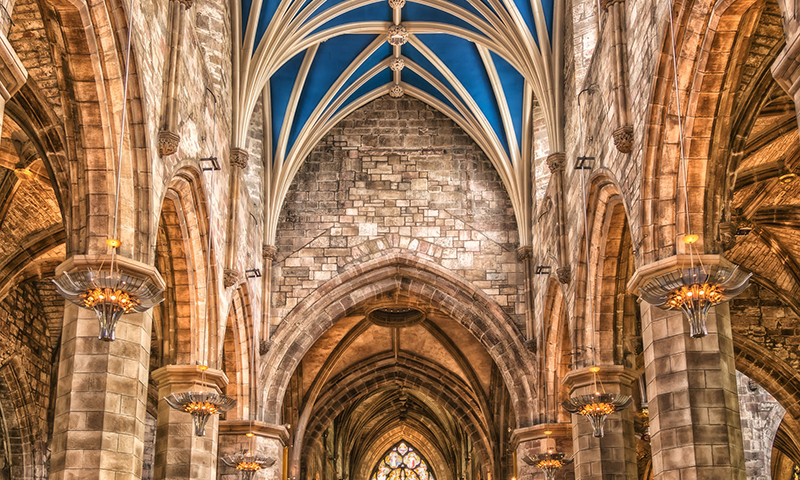 Away from the hustle and bustle of the city centre, another great spot to visit in Edinburgh is the historic port of Leith where you will find two fabulous places to spend some time in. First up is the waterfront shopping centre, Ocean Terminal which has a great range of shops if you fancy a bit of retail therapy. There’s also some lovely cafes and restaurants which offer stunning views across the Firth of Forth and if the weather isn’t behaving itself, you can always catch the latest blockbusters in the state of the art VUE cinema. For the thrill-seekers among you, there’s also a new skatepark and roller rink where private lessons and equipment hire is available too.

And who could come to Leith and not visit the five-star visitor attraction that is The Royal Yacht Britannia which is berthed alongside Ocean Terminal and offers visitors the chance to explore this historic royal residence. On the 16th April 1953, Britannia was launched from the John Brown & Company shipyard in Clydebank and was home to her Majesty The Queen and The Royal Family for over 40 years.

Book a Royal Yacht Britannia Tour Now from £15.50 per Adult 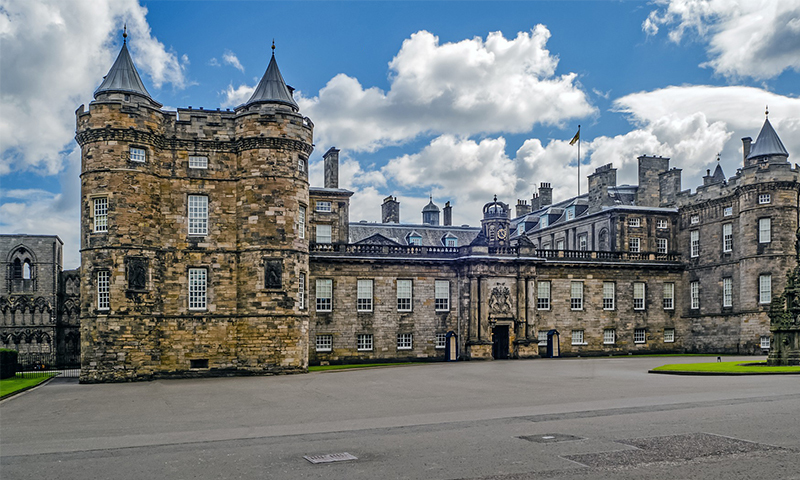 Staying on the Royal trail, be sure to visit The Palace of Holyrood House – The Queen’s official Scottish residence at the foot of the Royal Mile. This fine palace is steeped in history and was once home of the ill-fated Mary, Queen of Scots.

Palace of Holyrood House Tour Now from Only £12

If you feel like exploring slightly further afield, why not venture to the outskirts of the city and visit the quaint, seaside towns of Musselburgh, Portobello and North Berwick. Sometimes it’s just as nice to spend time out in the fresh air with the sea breeze in our faces as it is to constantly trawl around the big hitter tourist attractions and even if it’s not sunbathing weather, do take a nice walk along these pretty shores and just blow off the cobwebs. 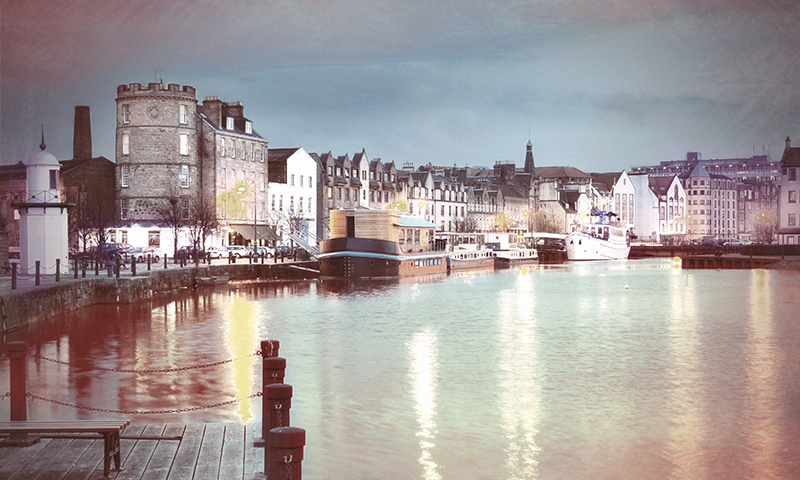 Now your armed with all the info you need on what to see and do if you’re not a festival fan, why not take advantage of some of the entry and ticket offers on Edinburgh attractions from our friends at the travel social network talkholiday.

Auld Reekie Tours in Edinburgh now from Only £10

10 great things to do in Edinburgh this month besides the festival, with discounts from talkholiday