A senior member of staff at the University of Aberdeen has been recorded charging head first at students.

Angus Donaldson, Director of Estates and Facilities at the University of Aberdeen, can be seen on video charging headfirst into a crowd of students and security staff.

Towards the end of the footage, Donaldson is also seen manhandling a female student who responds by objecting loudly at being moved shouting “do not touch me”.

A statement on the Aberdeen Occupation Facebook page said: “As Director of Estates and Facilities, we believe that Angus Donaldson is ultimately responsible for any inappropriate conduct by members of the University security team.

“He is paid an annual salary of £115,000 to fulfill his Senior Management duties as Director of Estates and Facilities. We repeat and reaffirm our previously stated belief that Angus Donaldson has egregiously failed to hold his security team to any standard of proper health and safety practice and has repeatedly put Aberdeen University students in potential harm.

“Rather than acting to ensure the safety and wellbeing of staff and students, Donaldson has behaved in a physically aggressive and escalatory manner.” 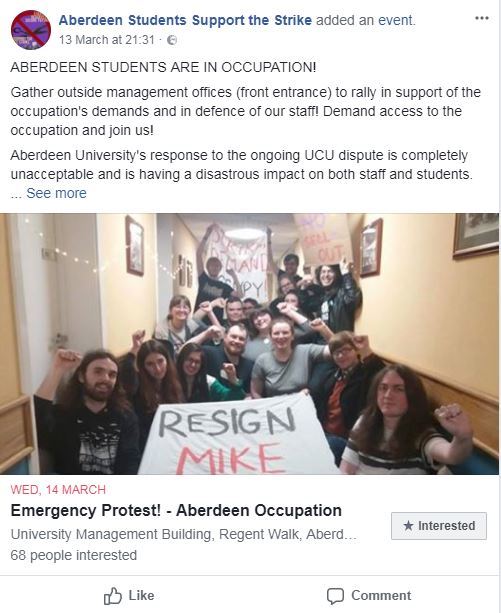 The University has confirmed Angus Donaldson as the man in the video.

A spokesperson said: “The incident is of serious concern to us and we have launched a full investigation into the behaviours of everyone who was involved.”

For the full story and reaction from Maggie Chapman, University Rector, head to the Press and Journal site.