The Falkirk Wheel is among the feats of British engineering from the past 50 years celebrated in a new set of stamps highlighting inventions in medicine, travel and infrastructure.

The 10 stamps also feature the Harrier Jump Jet, the three-way catalytic converter and the Crossrail project.

Other images include the Raspberry Pi microcomputer and a synthetic bone-graft substitute. 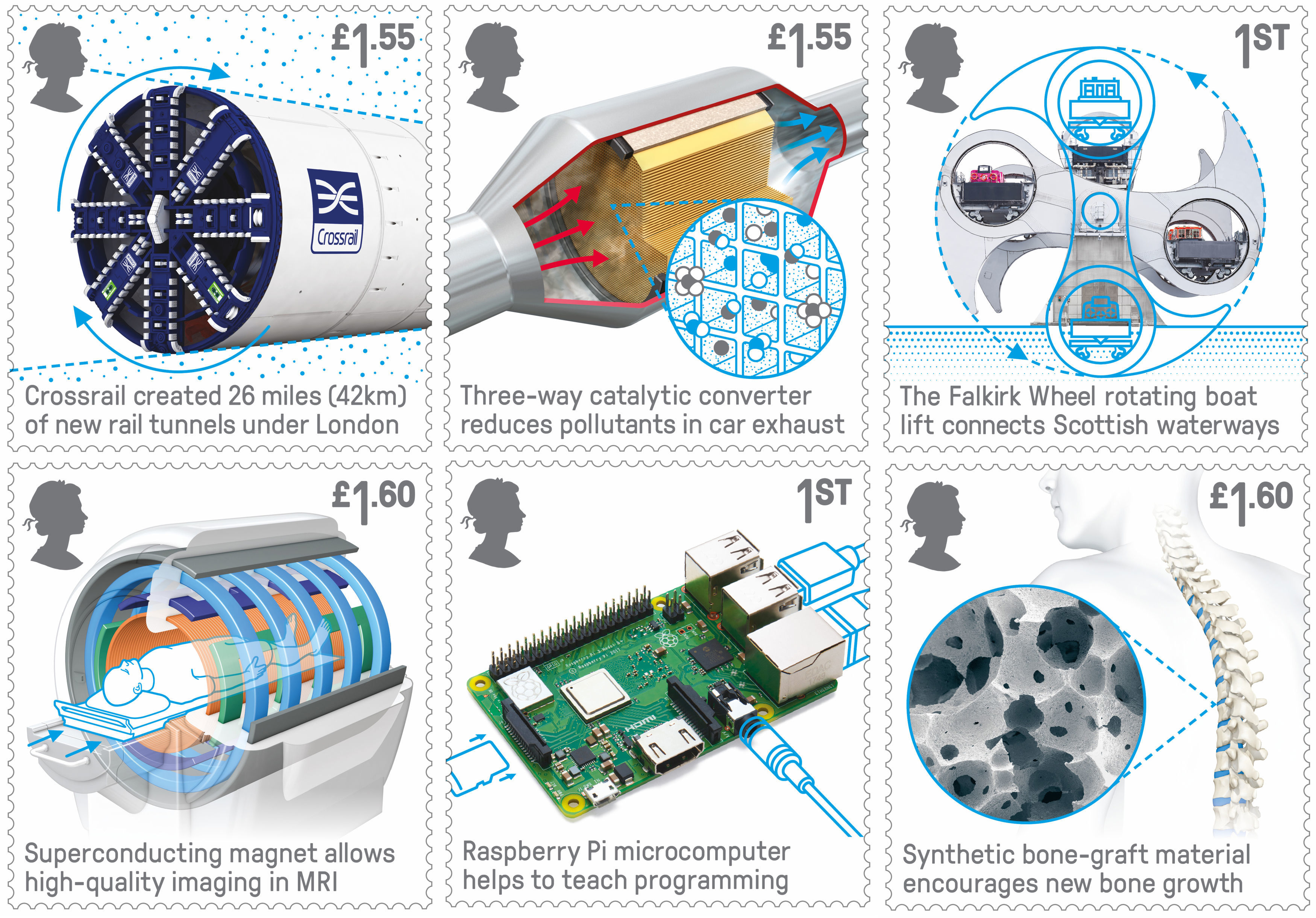 Philip Parker of Royal Mail said: “British innovation in engineering is world-renowned. This stamp issue proudly celebrates the projects and inventions which showcase this, as well as demonstrating the extraordinary range of disciplines that British engineers excel in.”

Dr Dame Sue Ion, who chairs judges for the Royal Academy of Engineering MacRobert Award, commented: “The UK is a global engineering powerhouse with many world firsts developed here that have both benefited our economy and helped to transform people’s lives for the better.

“This wonderful new set of Royal Mail stamps perfectly encapsulates the technical and commercial achievements made by British engineers over the last 50 years.