In letters delivered by Edinburgh City Council officials – also bearing the Police Scotland logo – rough sleepers have been threatened with criminal prosecution if they don’t move on after being given a week’s notice.

The move was condemned by polticians and homeless charities before the council said it had been been a mistake and would be investigated.

Homeless people say they have had their sleeping bags, tents and belongings removed if they remain.

The letter says: “It has come to the attention of both Police Scotland and the City of Edinburgh that person(s) have been camping/sleeping rough in this cemetery. This has culminated in an increase in anti-social behaviour and alcohol and drug related issues.”

It then warns: “YOU are hereby given seven days’ notice to quit the premises and if this is not complied with YOU will be subject to criminal proceedings.”

Police say 23 letters were handed out. Susie Higgins, manager of Shelter Scotland’s Edinburgh Community Hub, said: “People sleeping in parks and graveyards is the stark, visible evidence of Edinburgh and Scotland’s growing housing emergency and a sad indictment of our society.

“Issuing warning notices and telling them to contact charities is a shocking dereliction of duty by Edinburgh Council, which has a legal responsibility to house all unintentionally homeless people and provide support. 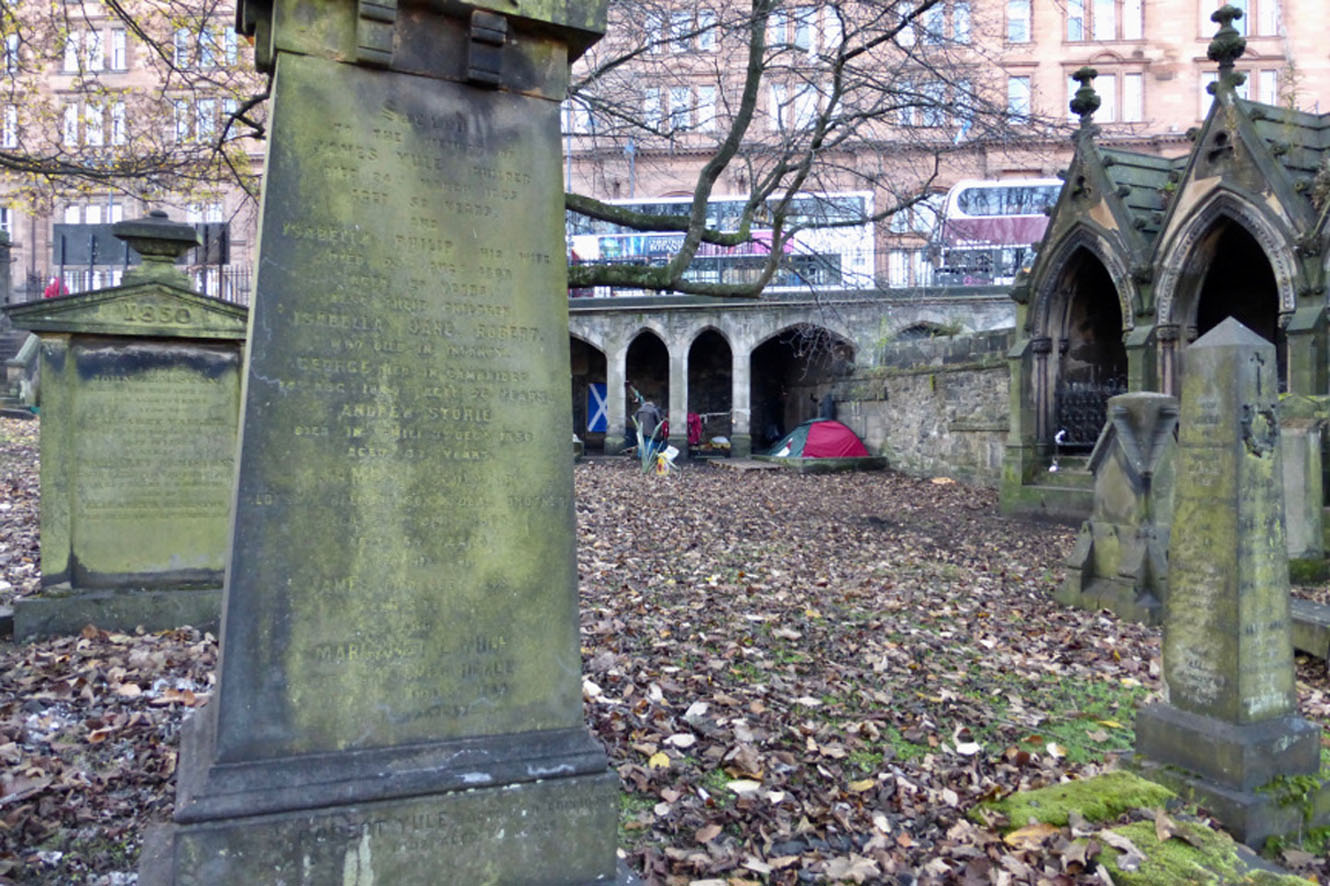 “Shelter Scotland has written to the council to ask them to ensure that, instead of eviction notices, they work to rapidly rehouse vulnerable homeless people on the streets.”

MSP Neil Findlay said: “It appears our city leaders see homeless people as a blight rather than vulnerable people.”

In a recent report, Edinburgh City Council was seen to have breached unsuitable temporary accommodation orders 540 times last year, accounting for 72% of all breaches across Scotland.

She said: “The priority must be to help homeless people access support and services, not confiscating their few possessions and treating them as criminals.”

Edinburgh City councillor Susan Rae, of the Green Party, said: “I am shocked at the sheer inhumanity and lack of compassion displayed by Police Scotland and the council. Since the establishment of the Homelessness Task Force, the council have worked hard with partners and established relationships and trust.

“The impact of this one letter may have undone so much of that work.”

The councillor in charge of housing said she was horrified and started an investigation.

Councillor Kate Campbell, Housing and Economy Convener, said: “Evicting people from cemeteries and parks is not council policy and I’m utterly appalled this has happened. Our approach to homelessness is to help people access the support they need.

“I’ve spoken to the director of place and demanded an investigation into how this has been allowed to happen. And I will write to Police Scotland next week to make our approach clear.

“I’ve also made it crystal clear that it is councillors, not officers, who set policy.

“I can absolutely guarantee that this practice has stopped and will never happen again.”

Chief Inspector David Robertson, Local Area Commander, said: “Following a request for assistance from City of Edinburgh Council, Police Scotland has been supporting council officers to deal with issues of criminality and public safety in the areas of St Cuthbert’s Church and Greyfriars Kirkyard.

“As part of the programme, thecouncil and Police Scotland have provided individuals with a letter to signpost them to support services whilst highlighting relevant legislation and council policy on the management of parks and green spaces regulations.

“We note the concerns of councillors and will be happy to discuss the matter with them.”