THE award-winning blend of warm-hearted journalism and short stories has entertained and informed for exactly 150 years.

However, the editor of The People’s Friend says the secret of the magazine’s enduring appeal is no secret at all and has remained unchanged since 1869.

Editor-in-chief Angela Gilchrist said: “The famous founding statement, which was in the first issue, talks about, ‘Nothing in the columns intended to corrupt the morals of young or old’ and that is very much the principle of the magazine.

“There will be nothing to upset or offend. The Friend is all about entertainment so people feel better for reading it, not saddened, upset or frightened in any way.”

The cover might have changed from words-only to the now-iconic scenic Scottish water colours but the Friend’s ability to win over generation after generation has remained constant.

First published on January 13, 1869 from an office in Bank Street Dundee, it has become a publishing phenomenon. It is the longest-running weekly women’s magazine, finding a place in the Guinness Book of Records when it celebrated its 140th anniversary.

Today, 400,000 readers enjoy it each week at home and abroad, with 20,000 copies going to recipients from South Africa to Australia, New Zealand to Canada.

The initial brief to “instruct and entertain” its readers has proved enduringly popular. There are still around 600 short stories a year and the page turners have proven not just entertaining but influential.

One of the magazine’s accomplished 19th-Century writers was William Crawford Honeyman. The detective stories he pulled together were some of the earliest in the crime-writing fiction genre and were believed to have inspired Arthur Conan Doyle and the creation of Sherlock Holmes. 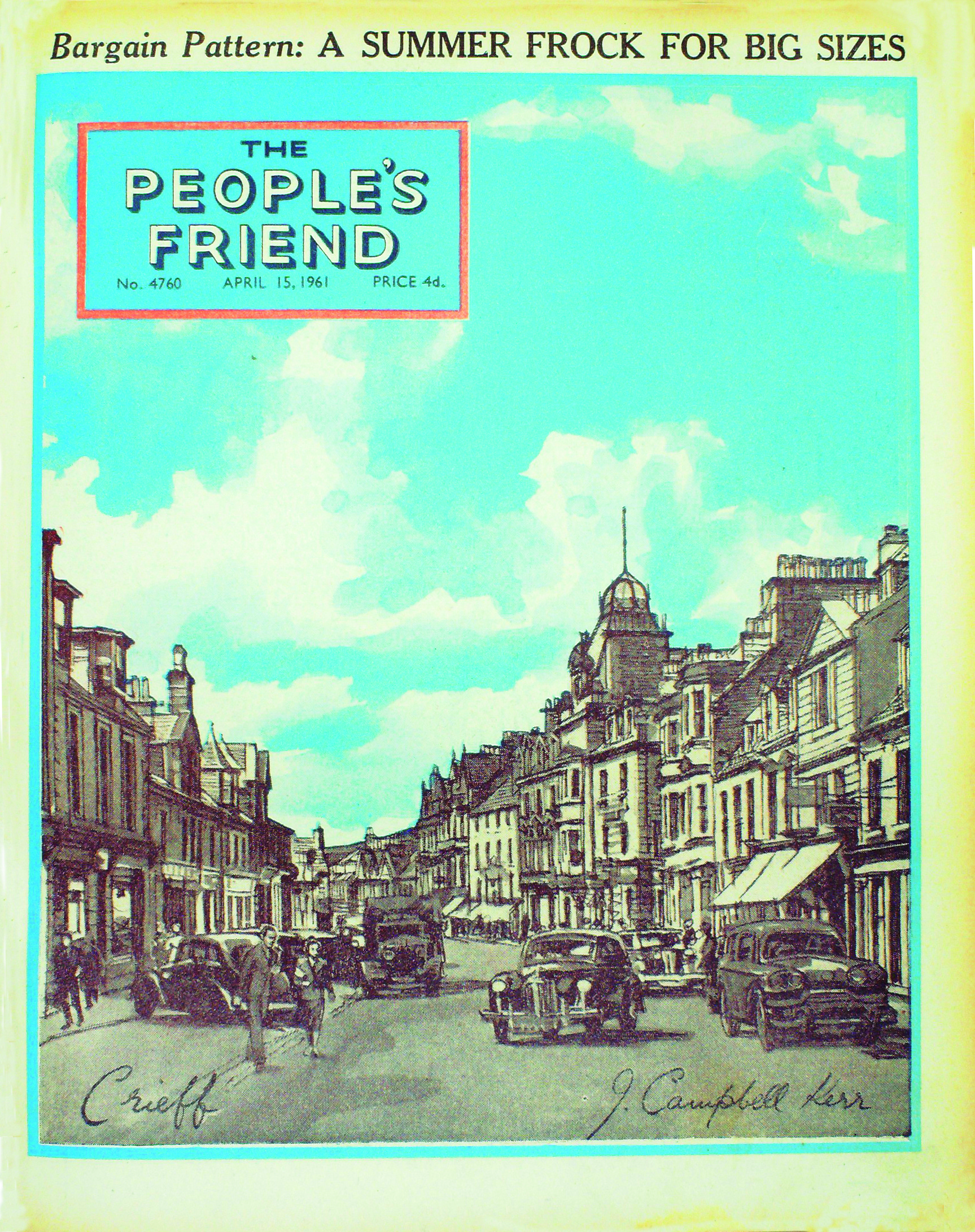 In those formative years, Thomas Edison hadn’t even patented the electric lightbulb and the Friend was designed to be family entertainment that was read out around the fireplace.

The emphasis shifted as World War One broke out, now helping and entertaining women left at home as their men went to fight. The look of The People’s Friend has been almost as iconic as the warm words in the stories within.

Illustrated covers were introduced in 1946, with Edinburgh Castle taking pride of place on the very first.

Each of the near-4,000 since has been lovingly hand-drawn and signed J Campbell Kerr. That’s an alias for the many talented artists whose work has featured over the decades.

Through the years, gifts have been a big part of the appeal.

Aprons and tea towels, whisks, personalised biscuits and even barometers have all been appreciated. But none, surely, was as warmly welcomed and deeply treasured as one of the popular giveaway tea caddies. The Friend reported the story in 1929 that a cameraman in the Congo tripped over the tea caddy as he was being chased by a rampaging rhino. Luckily for him the fall meant avoided being trampled to death.

For many readers, Angela says getting their Friend delivered “is like welcoming a friend into their home”.

She added: “I think that regardless of how up to date you are with what’s happening in the world around, there are moments when you just want to step back and have a bit of escapism and that’s really what we offer.”